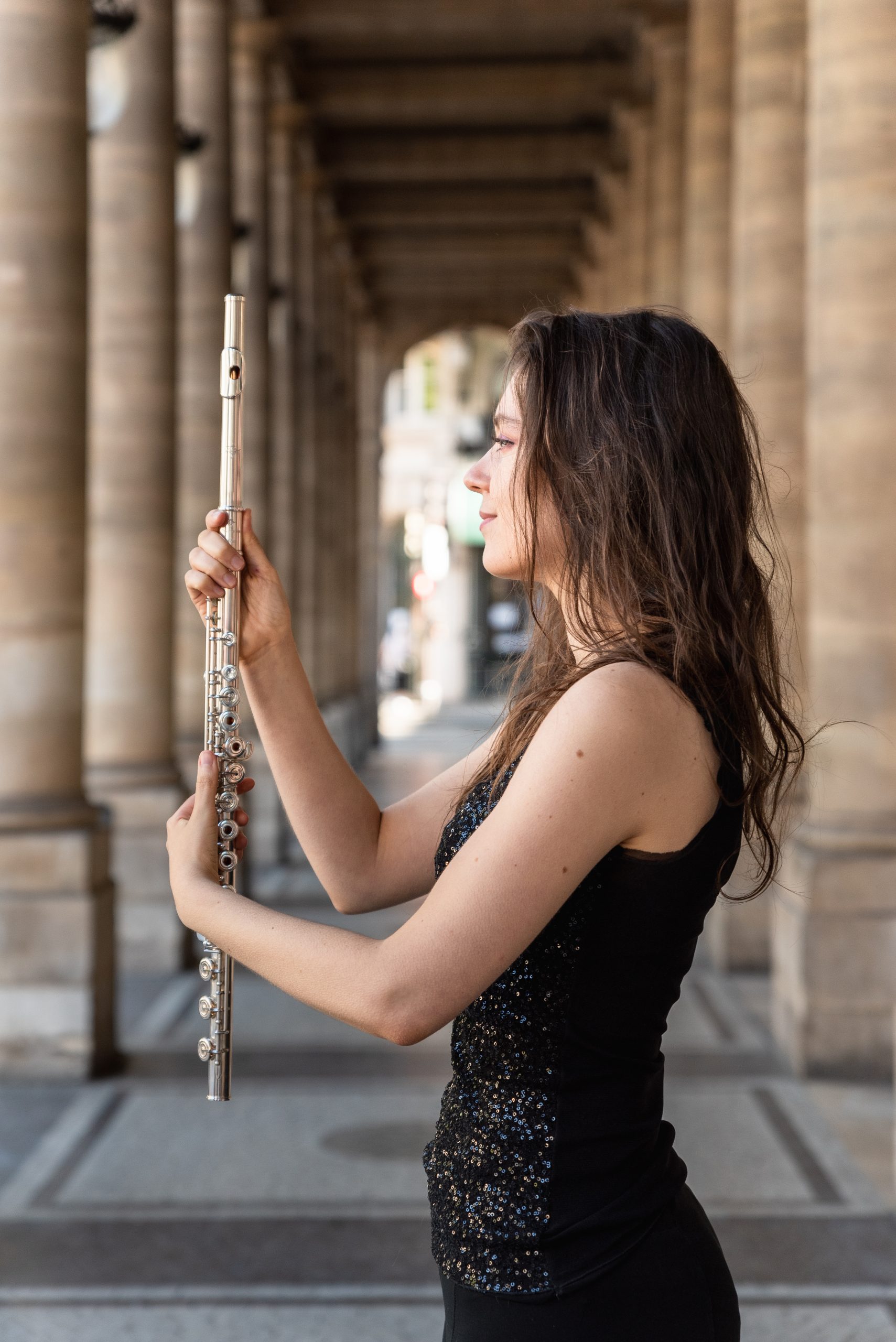 Daniela Mars, a Trevor James Flutes Artist since 2017, is a Brazilian flautist raised in Japan, South Korea, Brazil and England.

Daniela enjoys a rich musical life as a chamber musician and soloist in France, where she takes lessons with Boris Grelier and works as a freelance musician. Formerly, Daniela has mastered her art at the Guildhall School of Music and Drama in London under the tutelage of Rowland Sutherland, City University, and Prayner Konservatorium of Arts in Vienna with Reza Najfar.

Daniela has performed in masterclasses by internationally renowned flautists such as Pierre-Yves Artaud, Paul Edmund-Davies, Wissam Boustany, and in 2016 she was a Straubinger Scholarship recipient allowing her to study with Jasmine Choi during her International Masterclass in Bregenz, Austria.

Her diverse upbringing and passion for travelling has sparked her curiosity for other cultures and musical styles, which has taken her to the U.K., Brazil, Germany, Austria, and France as a performer. She has given numerous recitals and has performed with Latin music and Symphonic Orchestras including the Brazilian samba band “Rhythms of the City,” with whom she has performed in venues such as the Emirates Stadium, O2 academy, Circo Voador, and toured in the UK, Poland and Brazil.

Daniela has always had a special interest in contemporary music. She wrote her undergraduate dissertation on extended flute techniques and has made it her mission as a musician to work with living composers on commissioning projects. During her studies, she took conducting lessons from Anthony Weeden and attended the Sherbourne Summer School of Music Conducting led by George Hurst and Rodolfo Saglimbeni. Her love for conducting gave her the opportunity to serve as the appointed assistant conductor of the City University Symphonic Orchestra, and a founding member of the City University Operetic Society. At City University in the production of Pergolesi’s “La Serva Padrona,” Daniela was the musical director and conductor.

Currently, Daniela is also teaching in Paris and was recently invited to teach a flute masterclass in the Instituto Federal de Goiás back in her hometown in Goiânia. She is the proud owner of a Trevor James bass flute and in her solo performances she incorporates works specifically written for this instrument in an attempt to bring the repertoire for bass flute to the foreground.